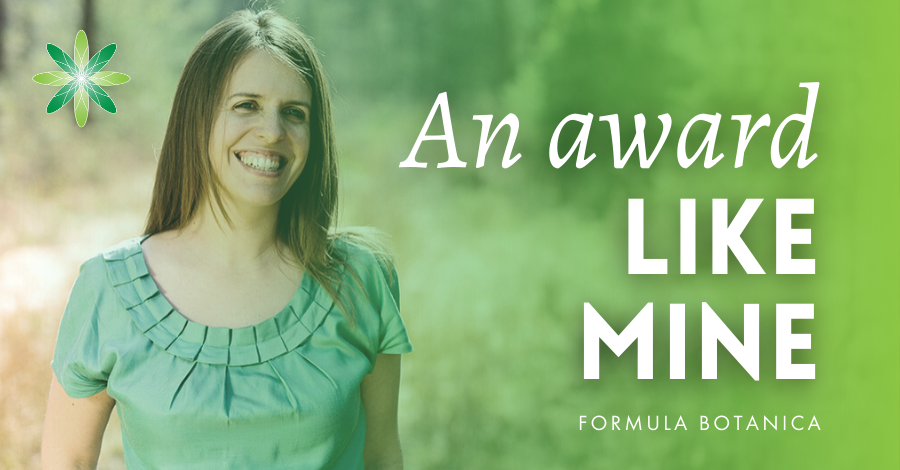 The future looks rosy for Formula Botanica. Offering accredited online learning in organic cosmetic science, the company won gold in the Excellence in the design of learning content – commercial sector at the November 2016 Learning Technologies Awards.

Owner and Director Lorraine Dallmeier said: “We decided to enter because we wanted to show that what we were doing was of a really high standard. As well as telling people that it is great to show them an award which shows thought leaders in the industry agree with us.”

The award has helped to show Formula Botanica’s customers – its students and prospective students – the quality of its work and how the company’s systems have been designed to put them first. The judges heard about the student community – which Lorraine describes as the driving force behind the organization. And the judges logged in during the award presentation to see a live demonstration and also went into the online classroom which Formula Botanica runs through Facebook.

Not carefully orchestrated or pre-planned hand-picked students, rather as natural as the cosmetics the students are taught to create. “We’re proud of what we have created and happy to show everyone”. Right at the top of the classroom chat was a message: “I’ve just completed my course and it was amazing.”

Lorraine reckons Formula Botanica is ahead of the curve in its use of social media. As a result of winning the award, Lorraine was invited to speak at the European Association for Distance Learning Conference in Copenhagen. “I was standing next to all these major universities and business schools across the world talking about how Formula Botanica – which had been started the kitchen table – was using all these social media tools to run its systems. And it is thanks to social media that Formula Botanica does know its students so well. And that was a real eye-opener for all those institutions.”

It makes perfect sense to Lorraine to use those tools because those are the ones which her students are using day in day out. “If they are on Facebook anyway we can chat to them making them feel they are part of something bigger.”

And it was those students who were most excited about the award win. Why? Because, says Lorraine, it validates the choice they have made in choosing the top online school for formulating organic cosmetics. And the award has worked as a great tool for attracting new students.

The business continues to grow at a rapid pace with almost 4,000 students on the books in 124 countries. “I had to look up how many countries there are in the world. There are 195 so we have 71 more to go. I don’t doubt we’re going to cover the world with our courses.”

The company continues to innovate with a new hair care course launched in 2017. “We had always focused on skin care but we are now looking to develop the hair care side.” There are also plans to move into make-up and while the research and development has started, Lorraine reckons the company has another year in the lab. Other developments include a membership site and what Lorraine describes as ‘a massive machine being built in the background’ which will deliver marketing and help with the student experience and the way that the students go through the courses.

“It can be overwhelming at times. The challenge I have is finding the right people, building the team and making sure they have the right systems behind them.” When Lorraine spoke to us she was looking for new student advisers and tutors.

By quarter 3 2018 Formula Botanica estimates it will have up to 5,500 students on the books and perhaps it will reach the 10,000 mark by 2020. As the business grows so Lorraine has to ensure the business systems and infrastructures are growing to keep pace.

Despite all the progress Lorraine does joke Formula Botanica is e-learning’s best kept secret. The company has just hit £1m in turnover. The below the radar stance is in part down to the virtual nature of the organisation – no office for a remote team that works from six different countries. But surely that low profile will soon be in the past.

If you want to connect with Lorraine, she regularly hangs out in Formula Botanica’s free networking group: the Skincare Entrepreneur Mastermind on Facebook. And don’t forget to read the last e-learning magazine interview with Lorraine Dallmeier, in which she explains more about her job of running Formula Botanica.